We’ve been discussing the history of diets and dieting. It may seem obvious to you that the idea of the calorie, at least as it pertains to dieting, must have been with us since the beginning of dieting. However, such is not the case. As we discussed last time, it wasn’t until the 1890s and early 1900s that chemists Wilbur Atwater and Russell Chittenden did the initial work of measuring food as units of heat that could be produced by burning it. But from the get-go, the calorie concept has never been nearly as scientific as it may appear. (Check out parts one, two, three, and four.)

Calories are not something that are in food, they are merely a measurement of how much heat can be produced by burning the food in a laboratory, under controlled conditions. The calorie count is said to be the amount of energy that the food provides to our bodies, but it is really the amount of heat produced when the food is burned to dry, powdered ashes.

Just two years before Horace Fletcher (the ‘chew-chew man’ who urged everyone to chew their food until it was liquid) died in 1919, a Los Angeles physician named Dr. Lulu Hunt Peters published her book entitled Diet and Health, with a Key to the Calories. Counting calories was a very new concept when Dr. Peters introduced the idea. Addressing herself mainly to women, she urged readers to think of the word calorie as a unit of measurement, like a gallon or a pound. She wrote “Hereafter you are going to eat 100 calories of bread, not a slice of bread.” Dr. Peters recommended a 1200 calorie per day limit, with somewhat more allowed after weight goal was reached.

In her book, Dr. Peters told readers that successful dieting is a hard, demanding, lifelong commitment, requiring vigilance, exercise, and probably some suffering. Although she preached discipline and self-denial, and although people didn’t want to hear that at that time anymore than they want to hear it today, she sold two million books, making hers the first bestseller American diet book.

This was the first book to advocate calorie counting as a method of weight reduction, and it had far reaching effects. Dr. Peters promoted what she called the “scientific principle” that calorie control equaled weight control, and therefore, people who were unable to control their weight simply had no discipline or self-control. Prior to the mid-1800s, obesity was generally considered to be a bad luck situation for which there was no cure, short of near starvation. Dr. Peters can be credited with starting the idea that being overweight is a sign of moral weakness. Since weight control was emerging as the new morality, being fat must be immoral.

Not So Much What You Eat, But When You Eat

After the success of Dr. Peters’ book, other writers saw their way clear to spread their own ideas. In the 1920s and 1930s, the emphasis began to be put on food combinations, that is, what foods were eaten, and when, rather than how much was consumed. This approach was first put forth by William H. Hay and by Gayelord Hauser.

Hay insisted that proteins, starches, and fruits had to be eaten separately to avoid acidosis, which he claimed “drained vitality and led to fat.” He urged one food category per meal, plus an enema every day to “flush out the poisons.” Critics who pointed out that nature mixes proteins and carbohydrates in many foods, and that the human digestive system seems able to handle the mix, were roundly ignored by Hay and his followers, who included Henry Ford.

In Gayelord Hauser’s book, Look Younger, Live Longer, he promoted his own plan. He also developed his own line of special foods and supplements, stressing vitamin B-rich wonder foods, such as brewer’s yeast, wheat germ, yogurt, powdered skim milk, and blackstrap molasses. Among the followers of Hauser’s plan were film stars such as Greta Garbo and Paulette Goddard, who would sometimes join Hauser in eating such things as broiled grapefruit with wild rice.

Hauser coined the words “appestat” and “hungerstat,” asserting that the first was an acquired appetite for the wrong foods, and the second a natural appetite for nutritionally correct foods.

Another version of the viewpoint that foods should be eaten in correct combinations was the so-called “magic pairs” recommendation. Foods that were considered to be “magic pairs” supposedly had increased fat-burning properties. Among the pairs were lamb chops and pineapple. These were interesting ideas, but there was really no science behind them. We still see some diet plans that claim they have discovered food combinations that melt away fat.

In addition to diet plans, during the 1920s and 1930s there were many substances offered up as the answers to losing weight. Most of these things, including bladderwrack, kelp, and pokeberry were listed by the American Medical Association in its collection of “Nostrums and Quackery.” Of course, being looked down upon by the AMA is no proof whatsoever that the substances were, in fact, useless. But all these years later, there still don’t appear to be any substances that are the answers to weight loss.

The Great Depression stopped a lot of diet plan promotion. People had other things to worry about. Then in the early 1940s came World War II, with food rationing and shortages. It wasn’t until the late 1940s and the early 1950s that weight loss programs began to reemerge. Join me next time, when we’ll take up the story again.

Dr. Gruber is a graduate of the Southern California University of Health Sciences, and has been in private chiropractic practice in Long Beach, California since 1964. She also received both a Bachelor's Degree and a Master's Degree from California State University at Long Beach. She has written on health-related subjects for over 30 years, for several different publications. She lives in Southern California with her husband of 33 years. Both she and her husband follow and live the low carb lifestyle full time.

This site uses Akismet to reduce spam. Learn how your comment data is processed. 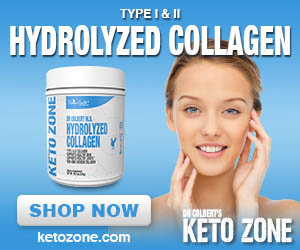